On August 30, 2017, I had a meeting at the State of Hawaii, Department of Transportation, Airports Division. In some ways, I’m continuing where my grandfather Maurice Karamatsu left off in his career at Hawaiian Airlines, Duty Free Shoppers, and the world of politics and business. Like him, I’m building projects around the sector of air transportation.  It’s like he’s with me, guiding me through the ups and downs. Also, I’m lucky to have great business partners who strive for a win-win and the greater good.

My Gym in Kailua, Hawaii

Nice change in pace. Hanging out with my friends and their children on Sunday August 27, 2017 at My Gym in Kailua, Oahu, Hawaii. 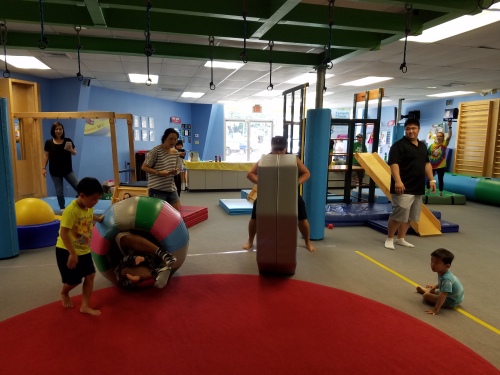 My friend Representative Ken Ito asked me to come with him to a Mindful Hawaii community meeting chaired by Jimmy Toyama on Saturday August 26, 2017 from 1 p.m. at Kaito Gakko, next to the Manoa Chinese Cemetery. Saw some old friends and one of our Peace Day Hawaii co-founders. There was a presentation by Hui Aloha, a non profit led by James Koshiba that is working on spreading Aloha with events and workshops. They are helping the homeless issue in Honolulu, Hawaii. Marina Piscolish outlined her training course “Toolz For Tough Conversations” for conflict resolution.

I’ve always been filled with imagination since I was a little kid.  As an adult, I still dream and work hard until it’s hard to believe I’m living things I’ve imagined.  Fiction plays a huge role in inspiring our reality.  And vice versa, writers often infuse reality into fiction. Storytelling has a way of bringing us humans closer because it draws out our emotions.  I believe as adults, we should never stop imagining, and if we have a story, don’t be afraid to share it.  You never know, you may change the world.

Here’s a nice music video of Daenerys Targaryen and Jon Snow, characters of the Game of Thrones novel and television show.  The song “If You Leave Me Now” by Foxes matches the scenes from this awesome show.  Last Sunday, in Episode 6 of Season 7, Daenerys and Jon’s romance blossomed.  I love romance.  Nothing beats that warm and fuzzy feeling you get when you love someone.

I don’t watch much television or movies that much, but Games of Thrones is the exception.  I also have the books.  They’re so good, and a nice break from work.  Though, Games of Thrones inspires me to work harder.  Author and Executive Producer George R.R. Martin is so inspirational!

The Companies I go to for my mind, body, and soul! 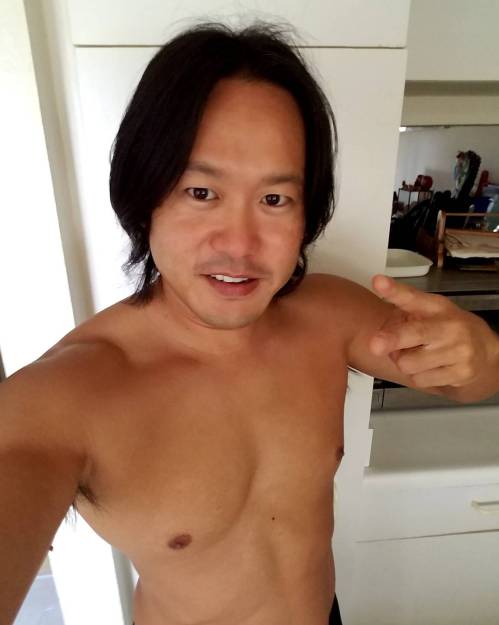 Daily practice of working on our goals

Our daily practice of working on our goals compounds over time. Count our wins every single day, even the tiniest ones! 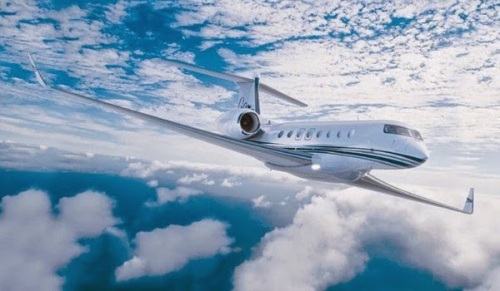 Best wishes from my business partner pig and I!

My business partner pig and I wishing you the best!!! 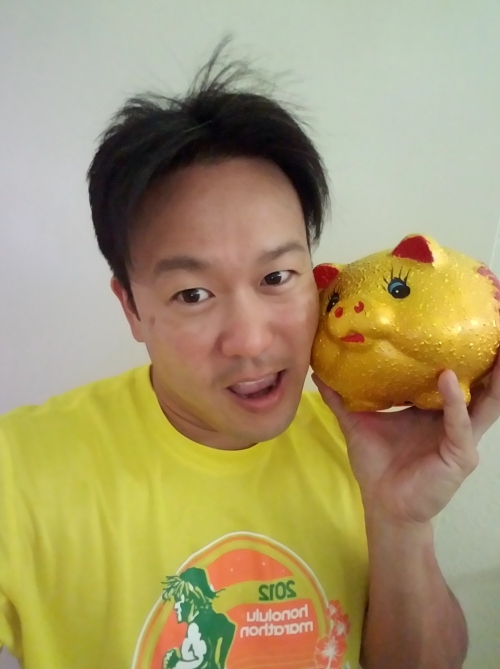 My friend Brandon Mitsuda gave me a good luck piggy bank to attract capital, cookbook with recipes from the top chefs in Hawaii, and a beverage to be drank for wins along the journey. I’m motivated to keep working hard every day, enjoy life, and have gratitude for the opportunities and little wins along the way. 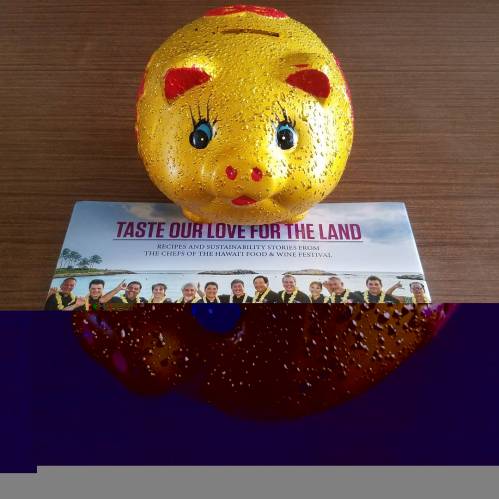 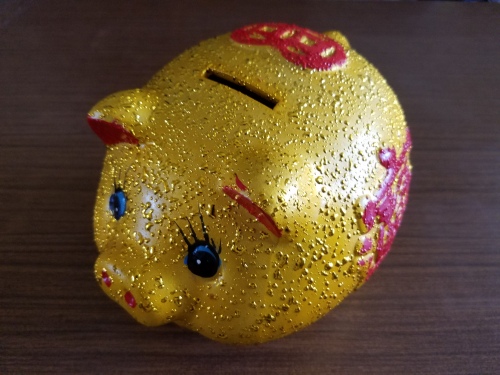 As my 5-year old niece Elyse says since she was 2 years old, “I’m so happy!” I’m so happy to finish drafting a 75-page business plan that was overhauled to include 48 more pages of data, strategy, and content; and 6 financial spreadsheets for a project my business partners and I are moving closer to launching after 1 year and 10 months of sweat equity work. Gratitude for the small wins. 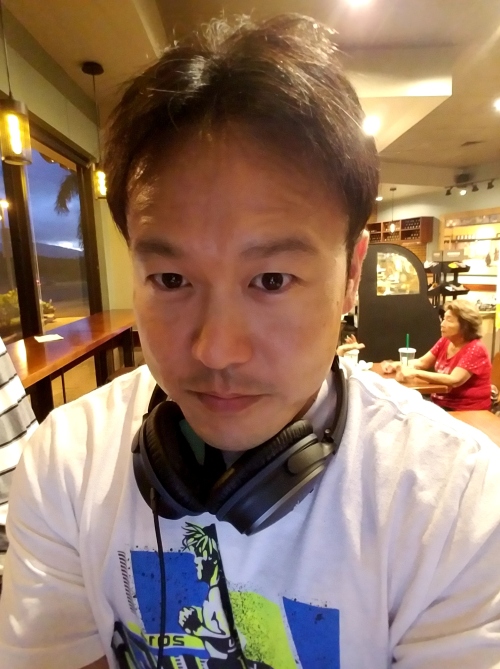 Sending you positive energy for your passionate endeavors

Sending you positive energy for your passionate endeavors! You never know, anything is possible.

Have a great week and fly!

I wish you a great week, to the point you have moments where you feel like you can fly! Here is a fun song, “Fly” by Melano.

The food was great with barbecue sticks, saimin, gyoza, chili and rice, andagi (Okinawan donuts), shave ice, and more. The dancers and taiko did performed well. I’m sure our ancestors are happy.

Mahalo to everyone who volunteered, and to all who came to enjoy the festivities! See you next year and may peace be with you and all those you touch.

I exercised for the 100th time of the year today – strength and cardio. Small wins for the mind, body, and soul! 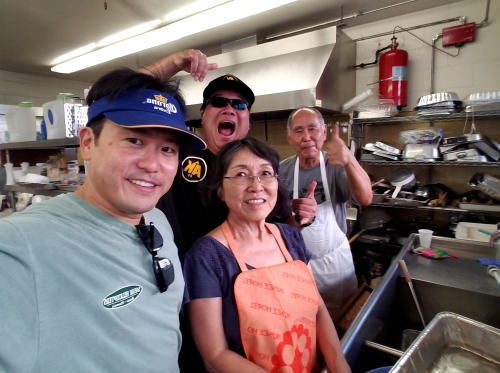 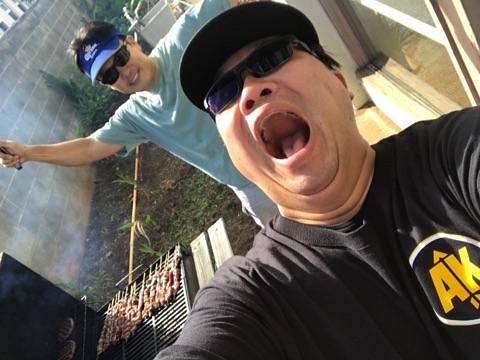 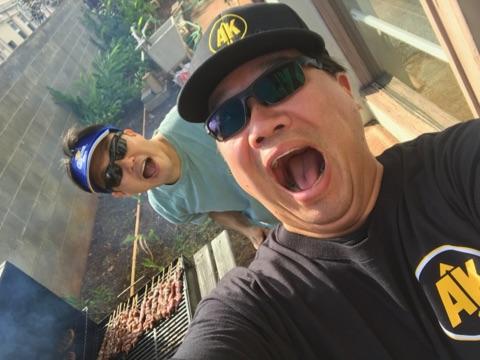 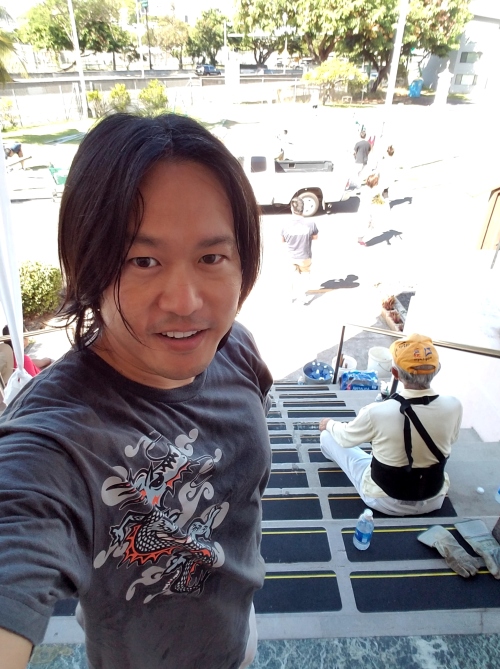 Death Does Not Stop, So We Will Never Stop

Death does not stop.

So we will never stop.

(Besides practicing business law and entrepreneurship, I am working hard to expand myself and get out of my comfort zone by being vulnerable with my creative writing, fiction writing, nonfiction writing, poems, quotes, and photography, which has given me comfort and joy, and I hope it does for you too.) 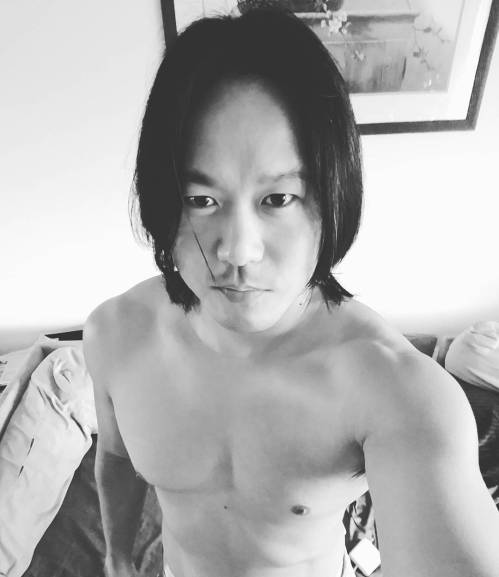 Emotional pain can be one of the most powerful energy sources

Emotional pain can be one of the most powerful energy sources to catapult you to do some of your greatest work. 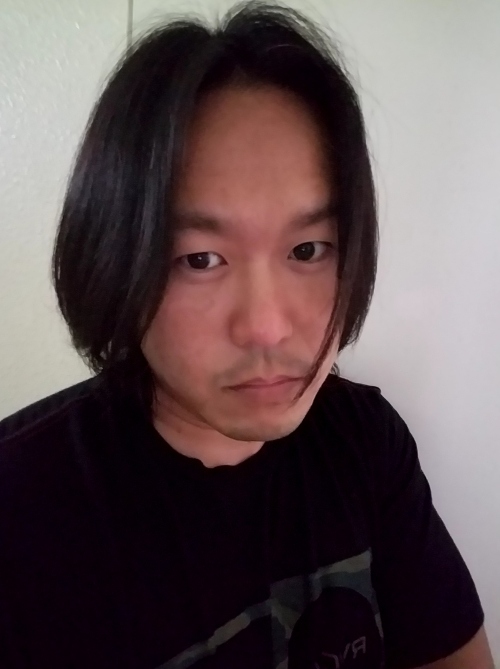 Tear drops form on the tips of my hair.

One by one they fall onto my cheeks,

so no one will know which ones are mine.

I wasn’t sure what to expect when I started to watch “Cyborg She” or “Boku no kanojo wa saibôgu,” a romantic movie in which Jiro, a lonely university student meets a beautiful and interesting woman who turns out to be a Cyborg from the future who lacks manners and emotions.

It was really good that I cried at the ending part of the movie.

The movie was written and directed by Jae-young Kwak and starred Haruka Ayase and Keisuke Koide. 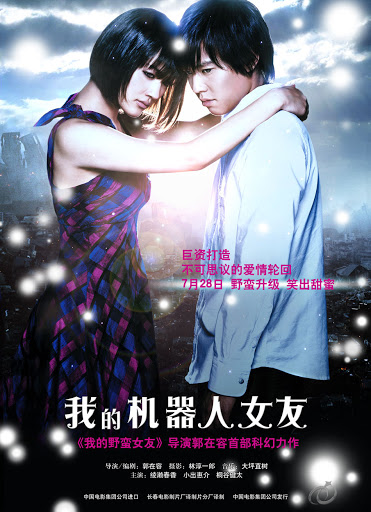 I loved this song, “Yamaoku Shounen no Koi Monogatari” by Nakagawa Izumi from the scene where they go back in time and visit his hometown during his childhood. 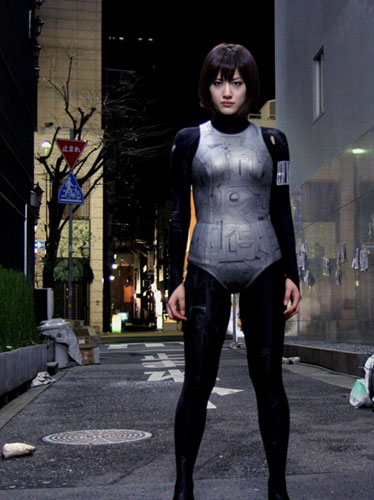 Bon Dance at Jodo Mission of Hawaii on August 18 and 19. 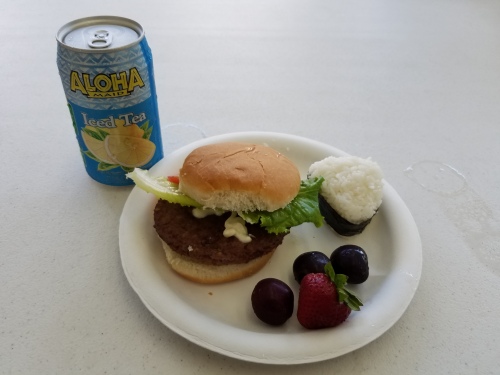 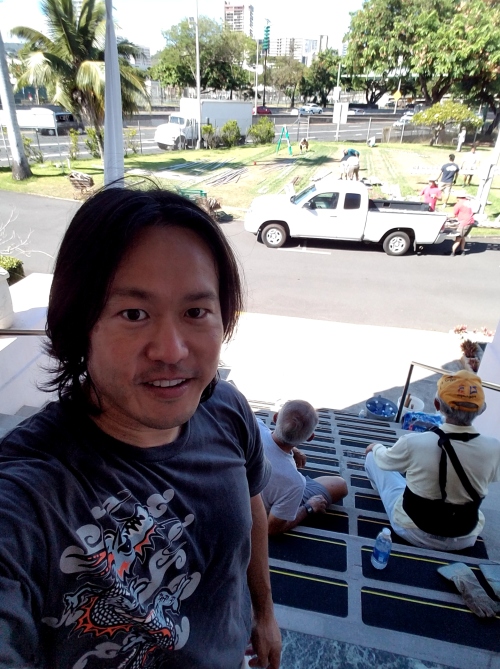 Transcend past all that we desire and all that pains us.

Waiting for members of the 💔💖 club to share what I’ve learned in my journey of self-reflection. I’m trying to attain a higher level of inner peace. Transcend past all that we desire and all that pains us, and have gratitude for what currently exists around us. 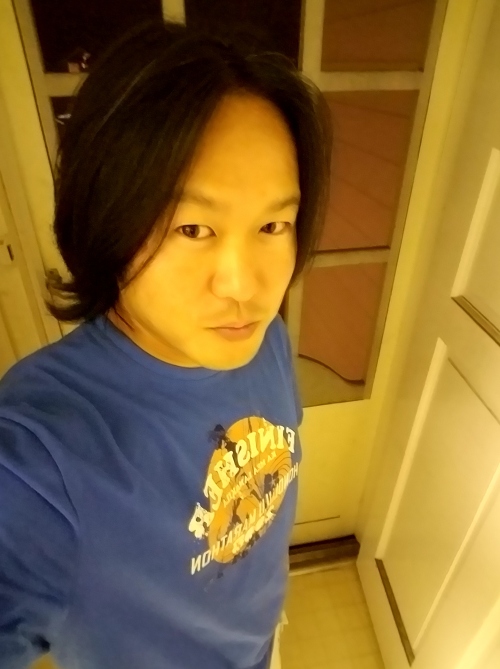 How Many Stars Will I Kill Tonight?

How many stars will I kill tonight?

Thousands if I let my dark voices in with no fight.

Quel my fears with a lasso I can hold.

Yank them to the side, and focus on the things I can control.

Cherish everything that brings me joy.

Sure tomorrow can be great,

but right now is what I must appreciate.

All I Need Is One Bright Star

all I need is one bright star

to join my starlight.

Yesterday, August 3, 2017, I treated myself to Dunkin Donuts as a reward after I finished drafting a 28-page legal and business analysis for a land deal my business partners and I are trying to execute for a start-up company we are building. I worked 3 days in a row at Starbucks in Waipio typing this document for 7 to 8 hours straight a day. Dunkin Donuts recently opened a store near Honolulu International Airport, Hawaii, making its return back to the State of Hawaii. I gave my mom 2.5 donuts today when she came by to drop off food she made. 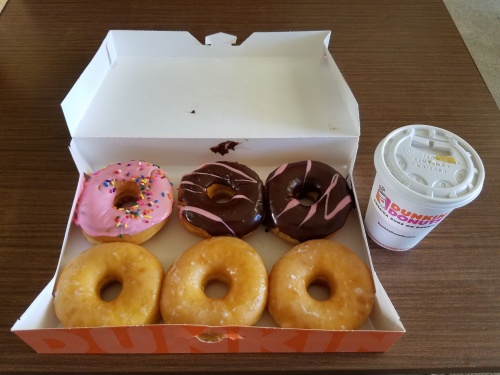 Tagged as Lyrics, music, Only Us, Paperwhite, Song, songs

Attach Yourself To Nothing

Attach yourself to nothing.